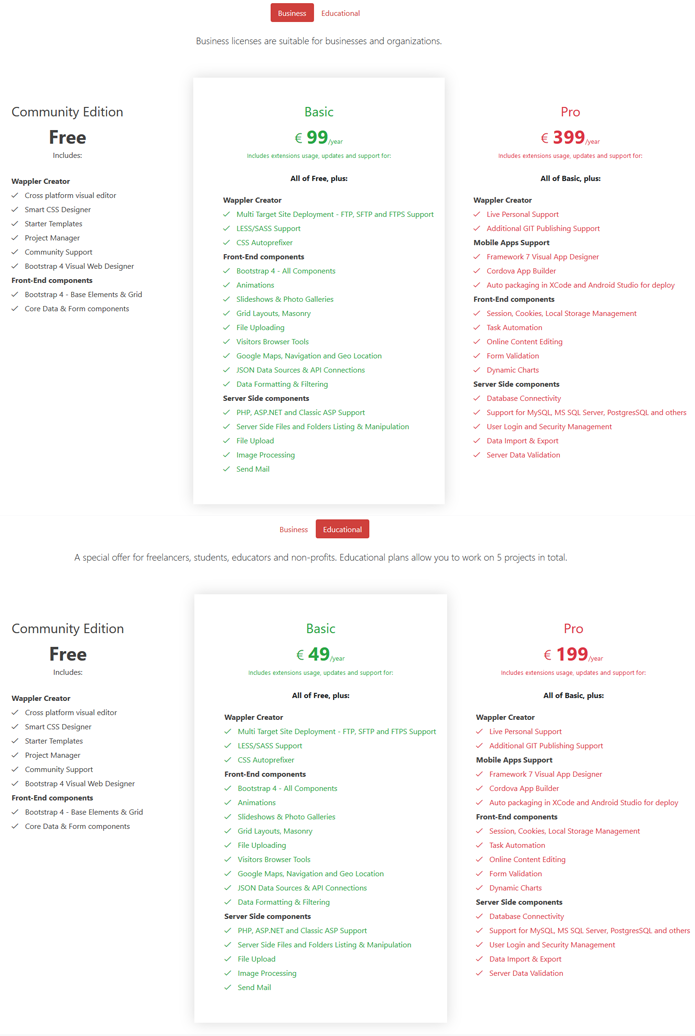 48 hours left until the end of the campaign! Hurry up and don’t miss to get up to 50% OFF Wappler and have your early access!

It’s a winning horse – you can even get some T-Shirts or coffee mugs, as well as your name standing on wappler.io page forever!

Build web sites and apps fully visual by using only creativity and combining many visual components and workflows. No coding required!

Go to Wappler
What is Wappler